The second hard part of tag team parenting and losing your schmidt is the potential to appear to have a superiority complex.
The person who is not about to lose his/her top will always appear to be an ass with some perfect parenting answer.
In actuality, they don't have any answers but they at this given moment their top isn't going to explode off so they may appear to have a bit more clarity.
When you are that person, viewing and assessing the situation, you have a choice to make, do you not say anything and walk away or do you pull your tag team partner aside and gently mention that maybe locking your offspring under the staircase ala Harry Potter may sound like a good idea now but the end results may not be the same although having a Voldemort killing son sounds awesome.
Decisions. Decisions.
Now I can say this honestly because my husband has done it to me so fair is fair. I said something. Not in front of my kid. I know better. While he was in the kitchen I quietly mentioned he may want to step away for a second before going back into the wrestling cage. I know. I know. You can't rationalize with a person who is two breaths away from going Hulk. DH knows this as many a times I'm two steps from Mothra attack mode. Still, call it what you will, a glutton for punishment, poking the bear with a stick, we both feel compelled to say something to each other and it never ends happily with a, "Oh you are right." We may think the other person is right but the beast will not allow that to be said at that very moment. 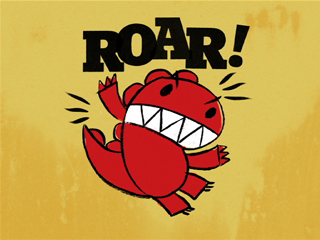 Now as the recipient of said sage advice, you get pissy and angry not because it was said or not because he/she may be right but because at that moment you want your tag team partner to be on your side. You're battling the cunning devices of a 3 year old and you want the sane adult nearest you to be on your side. They may be on your side but their words seem to be swaying toward the hypnotic doe eyed gazes of your offspring. It's like your partner instead of solidifying your armor has nicked it and that's the spot that will grow and spread until the shield becomes useless.
Email ThisBlogThis!Share to TwitterShare to FacebookShare to Pinterest