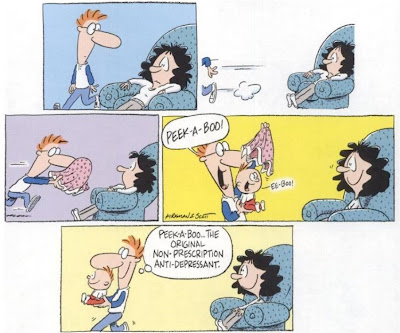 I’m officially in a funk. I hate when I’m in a funk. It doesn’t happen often but when it does, it really socks me. I hate being in a funk because I know how depression can affect loved ones. I don’t want to be in a depression. At this point, I think I’m borderline.

It pisses me off when I’m in funk. I can’t talk to anyone about it. Well I can but in drips and drabs and certainly not with my husband. My husband as dear as he is doesn’t understand it and tells me to get over it. I will get over it, thank goodness but it takes some time. Honestly, if I could I’d prevent the funk. It’s not like I want it.

I think that the time it has taken for me to hit the funk is a good indicator that I perhaps may not be as susceptible to depression as I thought I may be. I guess that’s the positive.

Anyway, I’m a firm believer that when you are in a funk, you are the only person that can pull yourself out of the funk. Friends and family are great to vent to but unfortunately we live in a society where everyone wants to give you a solution and well, for me that only compounds my funk.

Last night, I asked my husband to watch our daughter after I fed her so I could make us a light dinner. Usually after her 7pm meal, I swaddle her and get her in night mode. I guess hubby would do the same but his idea of watching her was to put her on the bouncer. Ok, so I know our parenting skills will be different. I’m more hands on, he’s hands on but mostly swing/bouncer/activity mat on. I suppose it makes BG more well rounded.

We ate dinner as BG entertained herself playing with her hands as we ate. BTW, what is it about babies playing with their hands that is just so darn cute and smile inducing?

Afterwards, I sat back on the couch to relax a bit before her next feeding. In my mind, she wasn’t going to be asleep for her next feeding so I should relax and prepare. Hubby kept her on the bouncer and sat with me. At first I was a bit upset but then realized as a couple, we should have some downtime together.

We tag teamed for eats. I gave her one breast. DH burped her, changed her diaper and swaddled her. I gave her the next breast. Soon enough BG gave the glazed over look of a milk drunk who was ready for bed. I asked hubby to cradle her for a bit to avoid reflux and then put her to bed. I have a theory that if you hold a baby on an incline for 15 minutes after his/her meal, it helps prevent spit ups and reflux.

Hubby held her for five minutes and then put her in her crib. Afterwards, instead of doing chores, I took the opportunity to relax with DH and we sat together on the couch again and glazed over some television program. Within 45 minutes BG started to cry. Hubby went to check on her as I went to prepare for bedtime. As I was brushing my face, I heard BG continue to cry. I changed into my pjs and came out to find BG fussing and DH swaddling her.

I have this confession. Whenever BG is crying and fussing and DH is attending to her, I have this ‘drinking game’. Ok, I don’t drink but if I did I’d be one sloshed momma. I suppose it’s a dime game. I try to figure out how long before DH suggests that BG is hungry and wants the boob. At first it was funny but now I think that it irks me to the point of sarcasm.

Anyway, sure enough, as soon as I made it into the living room he suggests that I give her a breast. Now, usually my gut instinct tells me if she’s truly hungry or not and something told me she’s not. She’s fussy because she’s over-tired.

“That makes no sense. If she’s overtired why doesn’t she just sleep through and not wake herself up.”

I try to explain how when you are exhausted how your sleep can be fitful and less relaxing, how babies who sleep early wake up later, how she missed the 8pm window for her night nap and it’s probably messing her up.

He doesn’t believe it. “It’s all guess work and theories.”

After about 20 minutes of fussing and crying, I take BG and cradle her and sing to her. She looks at me with the wide eyes of a sleepy child, they rarely blink and they look at you with a distinct, please help me look.

Within 15 minutes she’s asleep, so is my husband. I leave my husband in the living room and head to the bedroom where I spend the next two hours attending to my daughter. She wakes up 45 minutes after for a feeding. She drinks for 10 minutes and passes out. She wakes up again in 30 minutes, I continue her feeding and 15 minutes later, passes out.

By 12 midnight, she finally was able to truly nap. I took the opportunity to sleep myself. That’s when I slowly realized I was hitting a funk. As I was lying in bed, I realized I was a bit perturbed at my husband. Today, I spent the entire day with BG. Yes, I slept in an extra hour but I still managed to go to church, go to a mobbed tag sale with BG, drive home with her crying most of the way, circle for an hour looking for parking while she continued to cry, feed her, feed myself, do some chores and take a shower. Trust me, a shower warrants mentioning. All of this was done while holding or caring for a 13 lb child. After all the craziness of the day, I still can manage to stay up to attend to our daughter’s needs. Why can’t he?

“Honey, he doesn’t have to. You are there. Hence he can be more relaxed. You are on duty.” said a close friend.

I suppose so but as I was thinking this, I realized that it’s not my husband’s fault he’s tired and that I’m irked and a little bit jealous of his ability to sleep through our daughter’s crying and fussiness. I felt horrible for feeling this but knew it was the truth. As I drifted into sleep I tried to figure out how not to feel resentful.

I awoke to my daughter’s fussiness. She wasn’t at full cry yet and I knew if we hit the sweet spot just before she cries, we’d avoid a longer soothing period and perhaps allow her some time to soothe herself. I know that the waiting game drives me nuts and my patience for it is minimal but for the sake of my daughter’s well being as well as mine, I needed to give her the opportunity to soothe herself. Plus, hubby usually offers to handle the late night soothing/feeding/diaper change.

I thought about getting up and pumping as that was my usual game plan but something told me that I’d be even angrier if I did. BG has not been taking to the bottle well these last three days and DH would only irk me when he requested I offer her the breast instead. So, I slept through it. I slept through her late night snack and my pumping. I think it was a self preservation move.

That’s how I knew I was in a funk. I woke up feeling horrible. My breasts were rock hard and leaking. My linens and nightgown were soaked. The guilt of possibly affecting milk production sunk in. I freshened up and shuffled my way to the pump and proceeded to pump. BG may wake up but my breast were just too engorged for her to be truly comfortable so I decided to pump for 10 minutes to relieve some of the pressure.

It has now been over an hour since I woke up and began pumping. I’ve pumped twice, each for 10 minutes, and BG is still asleep. The guilt and funk I felt was clouding me is slowly lifting as I write these words. The ability to release my thoughts onto paper, cyberpaper, as I pumped has lifted a few bricks off my shoulder.

Now BG is starting to stir so I must end today’s train of thought. I actually feel a little better.
Email ThisBlogThis!Share to TwitterShare to FacebookShare to Pinterest