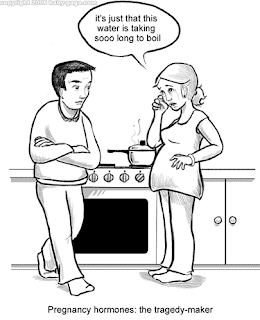 My emotions have increased. I find myself crying more easily now. Heck, I cried during Defending Your Life and it wasn’t tears of laughter.

It doesn’t help that I’m going through some contemplation and weighing of my priorities and goals or that your dad has been running on overtime trying to get some last minute things in his ‘to do list’ taken care of.

Your mom and dad decided long ago there were several things we needed to do for ourselves and for us before we even thought of bringing you into this world. It’s not that we wouldn’t be able to do many of those things with you but we wanted to devote attention to our goals and when you came along, your goals without having to split ourselves too thin.

Dad is in his zone right now. I support him 100% but sometimes the pregnancy hormones and emotions get the best of me. Last night, I had an awful thought; what if I didn’t have your dad. It was so scary. Your dad and I have been together for so long and love each other so much that I don’t think I ever could imagine a life without him.

I know this is going to get sappy but I’m entitled to; I’m pregnant. Your dad is truly my best friend and my confidante. Honesty is a big key in our relationship.

We have always been honest with each other, even to the point where it hurts sometimes. Still, it is a foundation piece for us. In the beginning stages of our relationship, your dad once told me that he thought it might not be a good idea to tell me something but he couldn’t look at me without feeling awful, keeping a secret.

Something inside told him that there was no reason to keep secrets with me. It was one of those little events in the beginning of a relationship that meant so much more than the other person could know. It stuck and ‘til this day remains a vivid memory in the relationship archives.

So last night, I’m sitting at home at 8pm, without an appetite, unable to think of anything else except what if I was alone without your dad. Mind you, this wasn’t aided by the fact that your dad had not called, emailed or text messaged me since 12 noon.

I kept thinking to myself, 9pm, he’ll call. He’s busy at work. 9pm he will call.

At 9pm, he called. His phone died and he was stuck with work and there was no reception in the meeting hall. He ran to the car, plugged his phone into the car jack and dialed me right away. He sounded awful. His voice made me cry.

I know I’m overreacting but it was ridiculous. In my 12 years together with your dad, we’ve both had days where we’re so busy we hardly touchbase. We’ve had times when we were spent nights away from each other for business. It has been less than 8 hours and I’m a ball of tears.

Later on, he wondered why I never responded to his text messages. When I told him the last text message I received was a noon, he checked his phone and saw that before it died, the messages he wrote never were transmitted. He felt terrible and spent the rest of the night pampering me.

So what is the point of this? I’m an irrational crazy woman and your parents are big saps. You’re going to probably have an insane mother wondering where you are throughout the day.

Forgive her if she decides to lo-jack you. She just probably loves you.
Email ThisBlogThis!Share to TwitterShare to FacebookShare to Pinterest