What's in PG's DVR Part I 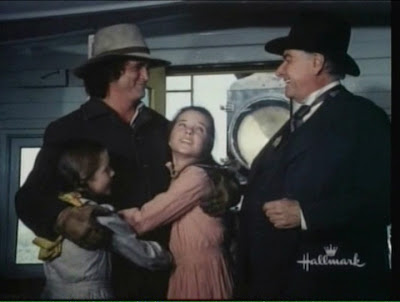 Every September, my OCD comes out to play with my DVR. I clean out the DVR and schedule the new fall shows into my scheduled recordings. My husband marvels at the concentration and planning this requires.

I've done this so often I have a routine. In early September, I review the upfront reviews and pick the shows I want to check out. I review my current DVR list and locate premiere dates. I clean out the recordings, DVD episodes I want to keep.
I'm not so crazy that I record and save entire seasons although I know many who do.

Then the fun begins, I calculate and prioritize shows for recording. Why? Because there are days I have more than 2 shows that I'd like to see. Since my DVR only allows simultaneous recording of two shows, I have to tape my 3rd choices elsewhere. In my case, that means my bedroom DVR is my backup DVR.

I'll be honest, since we delinked our DVRs (we used to be able to see shows regardless of which DVR recorded it), my bedroom DVR has become the stepchild. Currently on my bedroom DVR I have:
the last 6 Little House Eps to complete my quest to watch all Little House episodes,
the Runaway Caboose episode of Little House when the railroad owner said, "it'd be strange young man who didn't push and yank when he had the chance",
the latest 30 minutes of NY1 in the morning, with my favorite segment, In The Papers,
the latest Robot Chicken,
the last scheduled Futurama episode "We no can dunk, but good fundamentals.",
the last scheduled Harvey Birdman episode,
the Forest episode of Planet Earth where the little bird falls from the tree in dramatic slow motion,
the latest episode of 24,
the latest episode of Doctor Who (season three).

The last two are back up copies. I learned this trick after the season five fiasco of 24 where it took three failed attempts and a burned copy transported cross the isle of Manhattan to view it.

Ok, for a grown woman, I have a lot of cartoons but in my defense, when it's 3am and I need something to fall asleep to, Futurama beats any Real Estate infomercial out there. Plus, how else am I going to memorize all of Professor Farnsworth's quotes. "Did everything just jump around, or did my brain just stroke of there for a second?"

Discovery and Sci Fi channel takes a good portion of our DVR hard drive pie. It was easy when all I had to do was plan recordings based on the major networks. Choices were limited. Now, I'm trying to schedule 3 sometimes 4 shows simultaneously. Don't ask me how I get to watch them with my schedule.

Next time, I'll expand and give you my impressions of the new shows. I usually refrain from giving an opinion about a new show until the 2nd or 3rd episode. This year, I found a show I couldn't even bear to watch a second episode. The first show to get the heave ho from Pantrygirl's coveted DVR pie, Flash Gordon. Kudos for keeping Queen but my Flash Gordon underroos can't believe the original movie will live on in my brain as the better version.

Maybe it's sentimentality. Flash Gordon will always be the movie my brother sat captivated watching on the floor of our babysitter's home.
Email ThisBlogThis!Share to TwitterShare to FacebookShare to Pinterest