Blood's thicker than mud. It's a Family Affair.

This season the 24 writers continue to perpetuate their main theme: women are a man’s downfall. Thanks He-man Woman Hater’s club. 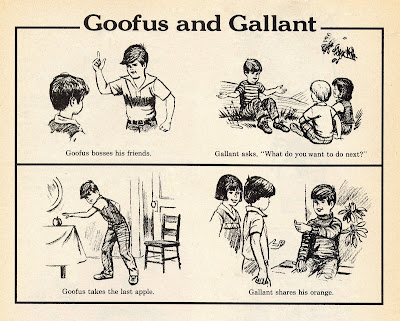 Holy crap, Bluetooth is his brother! And his name is Graem!

L: How were they raised? Seriously, it’s like Cain and Able. Yin and Yang. Where’s Jack’s mom? It must have been tough raising Jack and Graem.

So far Jack’s family tree includes: Babe’s dad, Fame’s Monty and a to be announced sister. Any thoughts on which actress will play the sick, twisted and manipulative female Bauer?

Lrudlrick is still upset they couldn’t get Donald Sutherland to be Keifer’s dad.

Going back to Graem and yes I am spelling Bluetooth’s name as Graem because that’s how the closed captioning did it. I found Graem looked like grim which seemed apropos.

I’ve had sibling fights with Muthafunga. I’ve cut up his suction cup arrows to avoid getting shot at multiple times. He’s slammed 3 lbs weights on my bare feet. He’s ripped all my buttons off my school uniform during a knock out fight. I dropped an extra large Weeble on his head. I don’t recall at any point we tried to suffocate each other.

Sure, we’ve killed each other numerous times playing Contra because well, it was just fun to annoy the crap out of each other. However, when push comes to shove, I highly doubt we’d attempt to maim each other.

Could you imagine what childhood would be like for Jack Bauer? Good grief. I picture Jack like Chris from Stand By Me, the kid who saw too much and was wiser beyond his years. He’s River Phoenix but minus the hippie.

I suppose you can’t blame Graem for being jealous. Being in the shadows of Gallant must be hard but no one told you to marry Jack’s ex. Good grief, that’s never a good idea.

In other ‘24’ news, anyone else finding 227 annoying? Wayne’s fallout shelter looks a bit to Trekkie for me. I’m guessing Karen and Bill don’t share many dinners together. What’s up with Droopy D and Karen? I smell bad blood. Fayed is sitting on 4 suitcase nukes without detonators. Hasn’t this man heard of plan b, c and h? 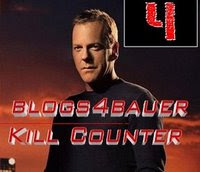