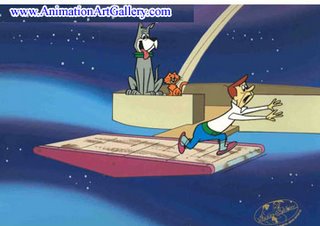 My girlfriend told me recently that she’s expecting her second child. My other friend told me she’s not returning to work after maternity.

I’m not a mother but I will be the first to admit, leaving the rat race is extremely tempting. I love my job, don’t get me wrong, but there needs to be something more than waking up early, going to work, putting out fires, going home, decompressing and then repeating the cycle for 4 consecutive days.

I’ve always said that if I had children, I’d ideally like to stay home with them until they were all in school. Of course that was before I learned what a mortgage was. Still, I would like to be a part of my children’s lives as much as I could during the early years.

But my thoughts today aren’t about children but leaving the rat race. Children is a totally different topic that could probably lead to me turning into a giant hive thinking about the worries.

If I could, I’d leave the career track. We’d have to move but I’d give it up much more easily than I would have a few years ago. I’m young but I’m tired. There is too much networking and politics. I’d like to be able to do my job efficiently and be done with it. Of course, life isn’t simple. I have to deal with people and people don’t have the same project goals as I do.

If I left my job, what would I do? Honestly, I don’t know. I don’t want to open my own business. I don’t want to go into consulting. I just know that it gets tiring every day worrying about the workplace.

Maybe the problem isn’t the rat race but other aspects of the work environment. I know this sounds ridiculous but why does everything have to revolve around money? Why does everything have to be about hitting profit margins instead of ensuring customer satisfaction? Why is it that decisions are made not by work ethic and loyalty and job performance but where you fit in the brackets? NOTE: This rant is a generic rant about the workplace environment as a whole in the United States. This happens everywhere and should in no way be considered a defamation of a specific company.

Maybe I’ve hardened. Maybe I’ve become jaded. I just don’t think that people were supposed to live with all these manmade worries.