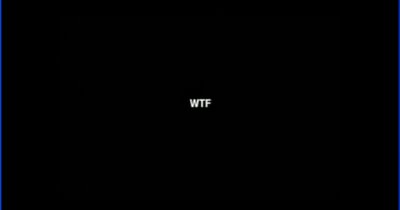 "In a story reported by BBC News

The British government is taking measures to crack down on "cyber-bullying" or bullying that occurs via the internet or mobile phones.

What happened to the good old days of wedgies from the overweight kid who'd been kept back three grades and whose only life achievements included being able to belch as high as he could count, the peach fuzz he pretended was a moustache, and picking on anybody who was smaller / smarter than him / everyone? BULLYING ON THE INTERNET!?

Come on now! When we were kids you had to die or at least lose an arm before you got to cry. Our grandparents fought a World War. Our parents lived through segregation and Vietnam. Even our sad generation survived hair bands. Now the worst thing these lily assed fat crybaby pants bitch kids have to face is a damn text message. That's why this generation will grow up to be a bunch of whiney, self indulgent, apathetic, losers. These kids don't get beat. Apparently not even by their bullies. When we were kids you got beat four.... maybe even thirty-four times a day. Seriously, we don't even need to discuss all the benefits of frequent ass-whoopings. You see first there's the actual ass-whooping itself. They called this "negative reinforcement." Secondly, there's the shame of having had your asswhooped. Third would be the satisfaction experience by the person who gets to do the whooping.

And fourthly there are the positive externalities experienced by the whole community as a result of someone's whining misbehaving ass having been whooped. It's a science people. Spankings work. Just ask us, the people telling you this. Every single beatings we received instilled within us a set of real beliefs and values. Values like:
• Respect your elders
• Be kind to your siblings
• Don't ask Daddy questions when he's drinking
So parents, please, beat your kids. For all our sakes. We recommend using a stick. Not only is it worse, but then you can say I never laid a hand on you. And get your kids off the damned interweb. Let 'em read a book or play some football or lay some concrete. We've found that the small hands of a child are perfect for cleaning out gutters. Give 'em a ladder and a helmet and send their little behinds to the roof.
Whatever. Just get those overly fragile, thin skinned, ninnies outside and toughen them up for the crap filled future ahead of them.

By the way Standards we know you're reading this and thinking, "Whoa those guys are advocating spankings, and beatings and sticks. This is offensive." Come on people. It just jokes. Horribly bad jokes. Jokes that really aren't even funny. Really it's only for people with Tivo and a complete lack of anything else to do. But here:

WE DO NOT ADVOCATE BEATING CHILDREN

Because we do not advocate HAVING children. They're not in our demographic. We support the use of contraceptives, plastic wrap, and duct tape. But if you do have children, then by all means consider beating them. Because it might do them some good and you'll most certainly want to. Now, how about we stop all the bitching over who is offending who and try to suck it up and be a better role model for those poor little British bastards getting their butts kicked in. This opinion does not reflect the opinion of Turner Warner, Cartoon Network, Adult Swim or any of our advertisers. There. That ought to clear things up and make everyone happy so no one has to go suing anybody.
[adult swim]"