'V' is for 'The Vapors'. Everybody sing now.

Ok, What's the difference between this 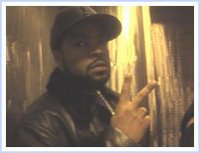 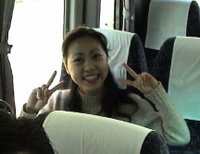 This photo, by the way, was borrowed from a Japanese site I found through Google. Thanks for the cute photo. I would have added a personal one but I don't have a picture of myself doing the 'V' nor do I plan on doing the 'V' although I've slowly started assimilating to the 'Hello Kitty' culture.

For one thing, I added red highlights to my hair. You can't see them though because my hair is dark, shiny and black. Any change in color would require bleaching which scares the poop out of me. So in the sun, my naturally brown highlights look red now but since I'm like a groundhog and rarely go outdoors, I'm the only one that knows they are red.

Also, my fondness for cute things invented for the sake of cuteness not functionality has expanded. For instance, I really want this:

It's not functional. It doesn't even fit my phone but it's so darn cute. Did I mention the slippers are screen wipes?

Going back to The Cube and the ubiquitous 'V', when Ice Cube does it, it's not all 'What the hell is that?' When Asian people do it, everyone has to ask, ‘What’s that all about, man?’ Being Asian and within the vicinity of said inquiry, I usually get asked about it.

Here is my answer. Dude, I have no idea. I am the last person you should be asking. I’m a banana. A Twinkie. Next to my brother, I’m the whitest Asian person you can find. Bro, I don’t know who wins out in this competition. I may have the scrapbooking but you’ve got Dave Matthews and Hootie.

This is my theory on the ‘V’. As a whole, Asians are fairly quiet people. We’re not rebel rousers but this doesn’t mean we don’t have our opinions. We just repress them most of the time. The ‘V’ is a passive aggressive gesture of insult. It’s not directed to the picture taker or the recipient. It’s just there to blow off steam. It’s the ‘I’m mad as hell and I’m not going to take it anymore’ for passive aggressive types. Ah, but Pantrygirl, the palm is not facing away from the camera. Yes, the traditional ‘Victory V’ and smiling with a slight head cock enhance our passive aggressive nature. We make this angry gesture into something less aggressive and demonstrative. Plus, not all palm facing ‘V’s are insulting. Otherwise, Ice Cube would have been saying something completely different to my husband when he asked to take the above photo.

We let out some steam while looking cute albeit strange.

This could explain why I have not used the ‘V’. Yes, most of the time I avoid confrontation like a child raised by British overseas citizens would but I also grew up in America in the Bronx. Like Ralph Kramden, I got a big mouth and I don’t always shut it when I should. Hence, I may be passive aggressive on some things but on others I’m pretty vocal. I don’t need to mask my disdain for something. It shows in my face. I’m pretty transparent.

Lately, the popularity seems to be waning. I don’t see many people doing it anymore. More and more people aren’t afraid to speak their mind which could explain its waning. Who knows the real reason behind the ‘V’. I’m sure it was something really silly and an inside joke between two people that became a cultural phenomenon. Maybe I’ll start up an ‘M’ movement or a ‘T’ movement. If you see a girl in Manhattan holding up a ‘T’ while her picture is taken, say ‘hi’. 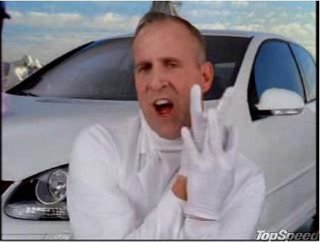 Disclaimer: Yes, I'm lumping my people up for the sake of a humorous, satirical theory. I'm lumped everyday people. So are you. Don't believe me? Then why do people have market research budgets?