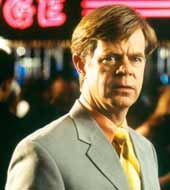 You know how some people just walk around with a cloud over their head? No matter what they do, they can’t shake that cloud. For some reason they attract chaos and catastrophe. My mom is like that. I don’t believe she was always that way. Maybe she was and I was too young to see it. Who knows? All I know is that things just don’t come easy for my mother.

Things that should be simple become complicated. I don’t think she means for it to be difficult. Circumstances arise and choices are made that lead to the long and winding path verses the straight and clear path.

Some people might say her lack of organization leads to things becoming complicated. Others might say it’s her logic that leads her to choose the long road. Some say it may be fate.

I think there are many factors that effect the outcome, some not of my mother’s design, but the one factor that makes things harder for my mother more than anything else is her lack of communication. She bottles everything inside, afraid her opinions and choices will be criticized. She puts on this air that she knows what she’s doing in everything she does but doesn’t ask for help or advice when she should or could.

I guess like most people, my mom doesn’t like criticism. She can dish it out but she can’t take it. Honestly, if you strapped a self esteem meter on my arm and monitored it while I talked with my mother, you would see it plummet to borderline depression levels. In fact, I’m sure it’s Pavlovian now and just the mere site of my mom’s number on my caller id sends that needle down to the 90th floor. I suppose it comes from her mother’s criticism. It is funny how many of us can take criticism from outsiders, even brothers and sisters, but when we hear it from our mother it’s like a bullet straight through our heart.

My mother’s intolerance for criticism is so severe it lead to a 1 year disownment (for lack of a better word.). My husband’s remark made her go into a tirade about how I disgraced my family by taking my husband’s side by not defending her. Call me cold but if you ask someone what their opinion is on your actions, you’re asking for criticism.

Anyway, now that we’re in speaking terms again, I get the regular panic calls. Panic calls are calls to ask me for obscure numbers without full explanation. For example, she’ll call me to ask me for the number of the Canadian consulate and U.S. passport office. I’ll ask her why and she’ll say she needs to go to China. If I inquire more, like why the Canadian consulate if she’s going to China, she’ll tell me she can’t discuss it now.

Another time, she called me to ask me for the phone number of a health insurance company so she can buy insurance. I’ll ask her what happened to her husband’s insurance and she’ll tell me it’s complicated.

Today, she called me to tell me that she needs to fix something on her credit report and she needs a phone number for the credit bureau. I tell her the number should be on the credit report and that she should also call the company with the incorrect statement to investigate and request expungement. She tells me the report doesn’t have numbers and I question the validity of the report and ask her if she obtains one at least every year and from whom. She immediately tells me that she’ll find another way and tells me to go back to work. Oh, did I mention she calls me at work for these conversations? I think it’s because she’s home alone and the hamster wheels run overtime when she’s by herself.

I can’t get back to work after these types of conversations. All these questions come into my head. What type of error is it? Where did she get the report? Why won’t she tell me things to try to help her? So I wind up spending 30 minutes researching information on a general level to print and send to my mother via mail hoping that she’ll open it within the next few weeks. My mother does not check her emails, voice mails or regular snail mail. Pieces of mail have been known to sit for weeks on my mother’s coffee table untouched.

I just printed out information regarding disputing an item on a credit report and I just dropped it in the mailbox.

Now, I know, I don’t like criticism either. I get that from my mother. I think I’ve gotten better with taking it but I occasionally still get upset but I don’t lash out at anyone. Not a word, Lrudlrick. Remember, for better and worse. I just sit on my couch in my pjs with a pint of Haagen Daaz banana split and wallow until I feel even worse for eating a pint of ice cream and start cleaning the house and running around like a mad women trying to burn off the calories.

Everyone has to deal with being judged. Everyone has to put the brave face on sometimes. Everyone has moments where they question their decisions. We just have to be self confident and stick by our choices or learn from them. No answer is right for everyone. That’s what makes life so unpredictable. The best we can do is to continue learn, adapt and share.

How do you get through that barrier between child and parent? How do you deflect that bullet that is aimed straight through your heart? If everything between a child and parent is done with the best of intentions, why does it hurt that much more when criticism comes from each other?