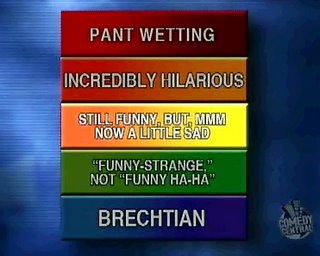 Courtesy of Comedy Central & The Daily Show with Jon Stewart


Ok. I’ll be the first to admit that I laughed when I heard about the Cheney incident. Ok, I even ran out of my apartment building and ran to the elevator banks to tell my husband.

I know this is serious and a 78 year old man being shot/peppered/sprayed (however, you decide to call it) is not a laughing matter but I couldn’t help but laugh because, well, I’m just embarrassed. As an American, I’m embarrassed not only of the incident but also of the lack of respect we received regarding the reporting of said incident.

If they just came out and said, listen, an accident happened. Thankfully it wasn’t as worse as it was and we’ll continue to keep you posted. If they just came out point blank, it wouldn’t have escalated into this circus played out in every newspaper, late night talk show, fake news show and 24 hour news channel.
Email ThisBlogThis!Share to TwitterShare to FacebookShare to Pinterest