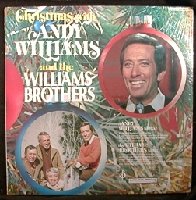 When it comes to Christmas songs my tastes run towards the Judy Garland Christmas special from the 60's, tipsy, drugged and unnaturally happy sounding with a twinge of sad. In other words, I love the old cocktail hour renditions of Christmas carols. Here is a list of some of my favorite Christmas songs in no particular order:

1. Welcome Christmas from The Grinch Who Stole Christmas
2. The 12 Days of Christmas by the Muppets "Ba Dum Dum Dum"
3. Put One Foot in Front of the Other from Santa Claus is Coming to Town
4. Any Christmas Song sung by Ella Fitzgerald
5. White Christmas by The Drifters
6. HeatMiser/SnowMiser from The Year Without Santa
7. The 12 Days of Christmas by the gang from Shrek "ya ya ya"
8. The Christmas Clock Song from 'Twas the Night Before Christmas
9. Even a Miracle Needs a Hand from 'Twas the Night Before Christmas
10. Christmas Wrapping by The Waitresses
11. Winter Wonderland sung by Eurythmics
12. Christmas Time is Here sung by Mel Torme
13. It's Beginning to Look a Lot Like Christmas sung by Perry Como
14. Chestnuts Roasting on an Open Fire sung by The Carpenters
15. It's the Most Wonderful Time of the Year by Andy Williams
16. The Holiday Season by Andy Williams


Note, I have not included any religious songs because, well, tipsy versions of O Holy Night aren't good.

Don't get me wrong, there are few modern songs that are catchy. I just love the Stepford Wife sound of the 50's and 60's renditions. I guess I developed my fondness during my childhood. Back in the 70's, Christmas wasn't Christmas until Andy Williams, the Mandrell sisters and yes, Lawrence Welk, had a Christmas themed show. Fake snow, fake fires in fake fireplaces, laugh tracks and fake family get-togethers by the said fake fire heralded Christmas on tv.

My uncle Stephen gave us a stack of albums he bought during his youth. My uncle also had OCD. On each vinyl cover, he had a sticker with his type written name upper right hand corner. Among his stacks, was Christmas with Andy Williams and the Williams Brothers. I played that album every year. The people on the cover and back looked so jubiliant in their turtlenecks and knit sweaters. My father must have wanted to choke Mr. Williams with his own sweater. I swear, if he could have hid that album, he would have.

There are a few songs I have issue with, mainly anything Barbara Streisand sings. I'm sorry, I don't think Barbara should be singing O Little Town of Bethlehem. Maybe I'm just not a Streisand fan.

I've also grown tired of and I'm going to get flack about it, especially by Bowie loving husband. It's not that the song is bad although Crosby clearly has no idea why he's singing with Bowie . I swear there is a part in the song where you can actually here Bing think out loud, "Why the hell am I here?" It just gets played over and over and over and over and over.