This morning I saw a five year old girl wearing a glittery sweater, purple feather boa draped over her shoulders and a tiara. You go, girl! When you’re 30, you can’t rock the feather boa like you’d want. Unless you idolize Courtney Love’s look. Rock on! Everything changes when you get puberty, so enjoy the princess life. Dance in circles. Wear the polka dot stockings.

Last Saturday, I started the mandatory ‘no contacts’ before my laser surgery. It is not the easiest thing to get used to. I forgot how hard it is to shower blind. It’s making shaving a little difficult. I’ve had to contort myself into a ‘K’ shape to ensure I’m really shaving. It’s not that I have to shave often either so I really shouldn’t complain. I shave once a week in the summer; sometimes even less. If I can’t see hair, there’s no point in shaving really.

When I was thirteen, everyone in my class was shaving their legs. I was still in my training bra waiting for something to sprout. I was a late bloomer and all I wanted was for some sign that I was becoming a ‘woman’, even leg hair.

To all the girls out there who are wishing to the stars for their puberty, don’t. There is plenty of time for all the cramps, the bloating, the hormonal fits of anger, hunger, sadness, etc… Enjoy your life. Have fun. You’ve got the rest of your life to enjoy these wonderful accompaniments to womanhood.

To the men out there who don’t understand how illogical your woman can be sometimes, understand her hormones can take hold of her at any given time and cause havoc. If she’s like me, she’ll probably give you fair warning. If you don’t heed her warning, be prepared for the beast to attack you. Heck, even if you are warned, the beast will attack you. Everything in the world that is bad is your fault. Just understand it isn’t the sweet, cute, adorable, sassy chick you dated that is saying those things. It’s Mrs. Hyde. 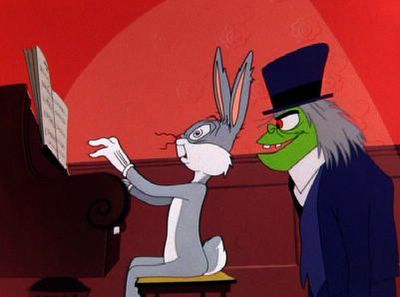 I don’t get Jekyll and Hyde often. If I had to gander how often I turn, I’d say maybe two or three times a year. I know very well that Lrudlrick will say I’m underestimating but he’s not writing this, is he. When I do though, boy howdy. It’s like the creature from the deep starts bubbling to the surface. I know something isn’t right because things will get overly emotional to me. I’ll try to assess what’s making me all funky and nothing makes sense. That’s when I realize it’s her. I just pronounced assess ‘ass-es’ in my head. What movie was that again?

I warn Lrudlrick at this point. I’ll say that I’m feeling a bit bitchy/sad/funky so steer clear. It works every so often. When I first started the warning system, he questioned me like a 7 year old.

L:Why?
pg:I don’t know. I just feel it’s coming.
L: What is upsetting you?
pg:I don’t know.
L:If it’s coming, why don’t you stop it?
pg:I can’t.
L:You can’t control yourself?
pg:Yes, and you’re really pulling it into the express lane.
L:But you’re a grown up. You should be able to suppress your emotions at will. Shouldn’t you?
pg:I’m suppressing what I want to do to you right now but only because jail time is an imminent threat.

Nowadays Lrudlrick tries his hardest to leave me be when Mrs. Hyde visits. When we do get into a row because of Mrs. Hyde it always ends with Lrudlrick looking totally defeated. This isn’t easy to do when the man loves to debate. I’d say he’s a master debater but that doesn’t sound right. I won’t go into details but Lrudlrick loves arguments. He will talk you circular until you admit defeat.

During our last Mrs. Hyde vs. Lrudlrick match, the bantamweight coldcocked the middleweight with an emotionally charged rant about of all things, time. Yes, Mrs. Hyde blamed Lrudlrick for the sands of time. I’m sorry, honey. Honestly. It wasn’t me talking. He didn’t have a chance against her. There was definite brain damage.

Of course, the next morning, I felt back to my old self. Birds were chirping. The sun was beaming in. I was all smiles. Meanwhile, Lrudlrick was still in the fetal position in bed with his eyes wide open, rocking himself.

I give men credit though. It isn’t easy to live with us when Mrs. Hyde comes around. Imagine how it is to live with Mrs. Hyde living within you. What used to be a logical, empowered woman turns into an emotionally motivated dragon with talons.

The only advice I have for men is to listen to your woman, no matter how illogical it sounds and ride the wave. Oh, and if possible wear a mouthguard.
Email ThisBlogThis!Share to TwitterShare to FacebookShare to Pinterest