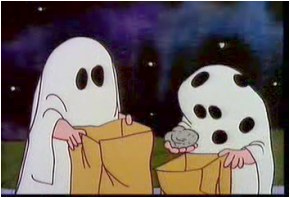 Today is our dating anniversary. It’s also the anniversary of my husband asking me to marry him for the second time. This was done on purpose by Lrudlrick. I guess he figured he had a hard enough time remembering how to spell my name. Which to this day, he asks me for verification. It's a common name. I don't see why he has a problem but...
I’ll go into my husband’s proposals another day.

I had just come back from a wedding with a guy friend. Lrudlrick called and asked if I could come over. It was a bit late and I didn’t want to walk alone but he was insistent. “I’ll meet you in front of the park so you don’t have to walk alone.” “Ok.” I said.

He met me at the park and walked me to this giant rock formation. He told me to look at the rock. So I stared at the rock like an idiot for what seemed like forever. “You don’t see it?” “Uh. No and I’m afraid if I stare any longer, I’ll see a bug.”

Then he pointed it out to me. At the far right of the rock, he had carved our names together. I know. I know. It’s cheesy but he really got me with that carving. I smiled and he helped me climb to the top of the rock. When we got to the top, he asked me to be his girl. He said that he’d never felt more sure about this. “We’ve become so close in such a short time. I just know that if I feel this way now, it’s just going to get better.”

I smiled a smile that could be seen in space. I said yes of course. He later explained that he wanted to put our name in something that would stand the test of time. It was something permanent and solid which he hoped our relationship would be. Of course, being the ham that I am, that set off the Prudential Life Insurance commercial references in my mind and “The Rock of Gibraltar” has now become incorporated in my memories of that night.
Email ThisBlogThis!Share to TwitterShare to FacebookShare to Pinterest